The City of Garden City Administrative Center is closed to the public at this time. Appointments may be made to see departments within the building. 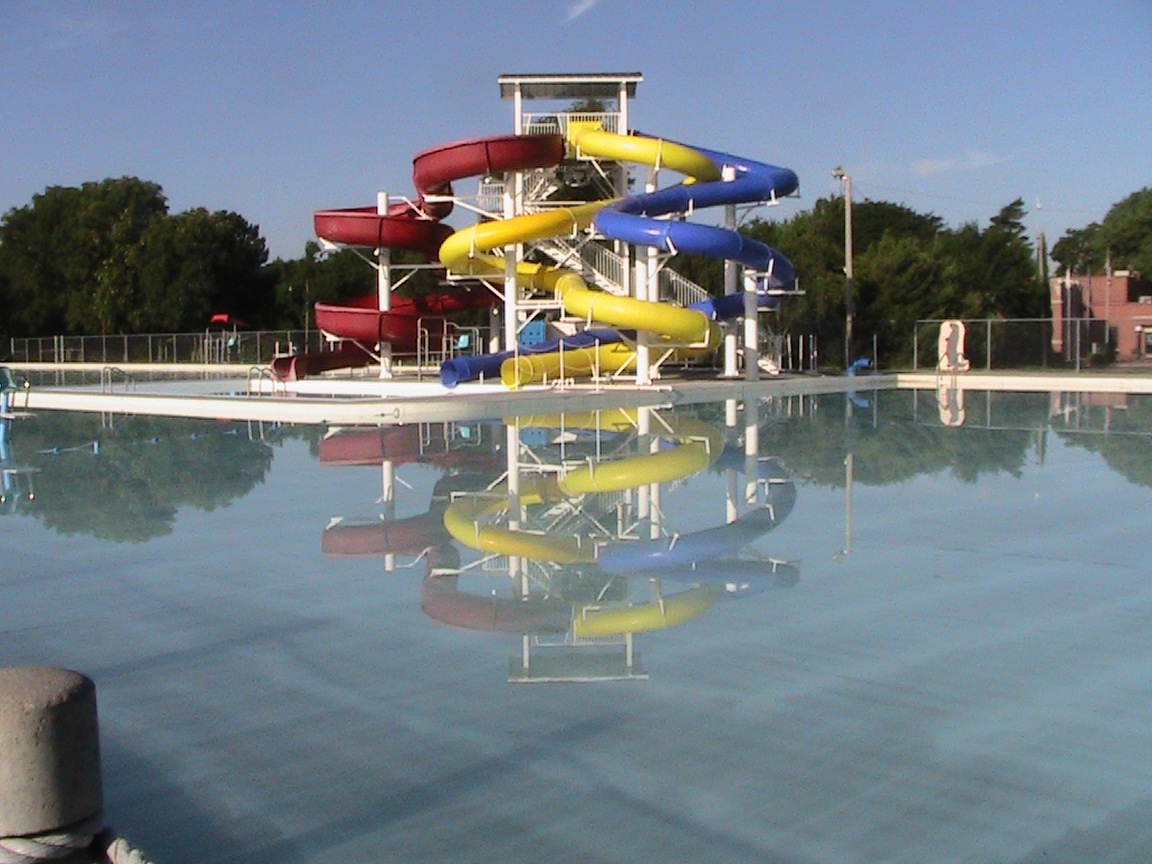 Established in the 1920s, Garden City's municipal swimming pool, known as the "Big Pool," is larger than a football field with a surface area of 72,600 square feet. The pool holds more than 2 million gallons of water.

You can view the Menus here.

Season passes for The Big Pool, water aerobics, and lap swims are also available. Individual pool passes are $55 for those 48 inches or taller and $45 for those under 48 inches tall. Family passes are available at $120 for a family of four. Each additional family member costs $15. Visitors can also purchase a booklet of 30 single-use passes for $50. Water aerobics will cost $5 per class or $20 for a season pass to all classes. Lap swim costs $2 per swim or $10 per session. To purchase a pass, email jennifer.cunningham@gardencityks.us or call 620-276-1157

The Big Pool was hand dug and concrete poured by the people of Garden City in 1921. It opened for its inaugural season in 1922. The bath house was a WPA project constructed during the 1930s. A children's wading pool was also added in the 1930s.

In the 1980s two Garden City youth became the first to ski atop the pool as a promotional stunt. The idea was to promote Finnup Park, Lee Richardson Zoo, and the world's largest outdoor free concrete municipal swimming pool.

For several years, the zoo's elephants, Moki and Chana, had the opportunity to swim in the municipal pool after it closed for the season. Crowds reportedly came from as far as California and numbered in the thousands daily for the week that the elephants swam.

By the late 1990s, the pool was badly in need of a facelift.  After gathering input from a community pool committee, the City Commission prepared a master plan.  Because of the $8 million dollar price tag, the project was broken down into smaller pieces.  In 2003, the Garden City Recreation Commission took over the management of the Big Pool and instituted the pool's first user fees.  As the first eager swimmers hit the water of the Big Pool in 2006, they inaugurated the most significant improvements to the Garden City landmark in its 84-year legacy.  It had undergone its third and most visible face lift during the late winter and early spring of 2006.  Five slides were incorporated with a plunge pool and a bulkhead that divides the pool into north and south halves.

To see the process that The City of Garden City has taken as well as information collected from the survey's click here.

Free viewers are required for some of the attached documents.
They can be downloaded by clicking on the icons below.